Respect and the Elderly

First of all, before I launch into what may be perceived as a rant, I wish to make very clear that I do respect our senior citizens. With all the years they have on me, I’m convinced that most of them know what they’re talking about and have quite the truckload of experience to pass on. Until a month ago, I taught English to two groups of people who fit into the category, and boy were they witty, charming, lovely and sophisticated. Chances are, I learned more from them than they from me.

But I’m also possessed with this weird notion that every human being, no matter the age, is due a certain amount of respect, thus find it increasingly hard to grant respect where none is returned.

Over the years, I have whittled it down to two particular types that have incurred my wrath over and over again.

That’s the kind who will charge the instant a child appears in their field of vision. Oblivious to whether their attentions are welcome or not, they’ll home in on the innocent, unsuspecting toddler, and pinch some part of their delicate body, preferably the cheek or the knee. There was a time when I couldn’t take it any longer. I charged right back, and pinched the respective lady’s cheek. She looked at me as if I had gone mad. I told her, hey, you just did the same, I thought you’d like that. And then she had the nerve to tell me…”but it’s only a child!” Yes, I said, that’s what it is. And I know it’s kinda small yet, but it’s a human being, and maybe, just maybe, doesn’t take well to intrusions into its personal space. A revelation, indeed. 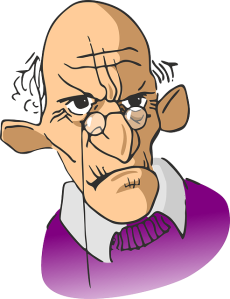 I met one particularly fine specimen of this type today. I walked my dog. My dog’s a she. Hence, to do her business, she doesn’t lift her leg but hunkers down. Plus, she’s a bit picky. Milady doesn’t pee on concrete. Milady only pees on grass. So she did. I couldn’t care less and walked on. A few moments later, I noticed that someone was rapidly approaching. I still couldn’t care less. I don’t tend to make other people’s haste my business, unless they ask me to. And then he grabbed my arm and told me, indignant, to remove my dog’s poo from his lawn. Ah. Now, he didn’t have to do that, did he? He might just have shouted after me. But no, he ran, to get a good grab. I told him, firmly, not to touch me, and also that I didn’t like that. And then I explained to him the difference between male and female dogs. When I was done, he patted me, saying in that case, I was excused. Sorry? Didn’t I just tell you that I didn’t want to be touched? Did I stutter, or use complicated words? No, I didn’t. You just didn’t listen.

And the sad fact is, even though types like these are the minority, they stand out. Sharply. Thus, prejudice is born, which in turn breeds disrespect, and so on, and so forth, when what we really should do, is award each and every person the respect we wish for them to show us.

My name is Angelika Rust. I was born in Vienna in 1977. These days, I live in Germany, with my husband, two children, a despotic couple of cats and a hyperactive dog. After having tried almost every possible job from pizza delivery girl to HR consultant, I now make a living knowing English. No, I haven’t yet figured out what I want to be when I grow up, whenever that may be. In the meantime, I write the occasional book.
View all posts by angelikarust →
This entry was posted in Ramblings and tagged elderly, respect, senior citizens. Bookmark the permalink.

1 Response to Respect and the Elderly