The Mark – new book by J.L.Fontaine

I’m extremely happy, because today I have the honor of banging the drums for a writer I admire greatly – J.L.Fontaine.

When I first came across her, she was wearing a profile pic showing a few men dressed in suits doing (I think) a tapdance, so I consequently thought she was a man. As you can guess from the pronoun, I was wrong. I only figured it out when she, without any prompting from my side, contacted me saying she’d noticed that I was dabbling in a language not my own, and whether she should have a look at my work to check whether I had all my prepositions and stuff right. I was stunned by the kindness of that offer. It’s not every day you find someone willing to edit your entire book for free. Naturally, I felt totally guilty, and humbly asked if there was anything she’d like me to read in return? She sent me the first part of a book of hers – not the one I want to present to you today – and I was stunned again, this time by the quality of her writing and, especially, by her deep understanding of human nature. A while ago she asked me if I’d review her latest work, and I instantly jumped at the chance. You can find the review here, or down at the bottom of the interview. 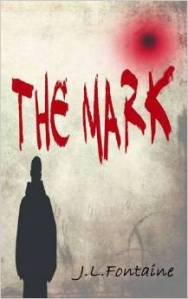 My name is Judith Williamson but, as there is already a published author of that name, I write under the pen name of J.L.Fontaine.

I am originally from the UK but I now live in Senegal, West Africa.

I am very much enjoying retirement.

Which book do you want to talk about?

My book is called The Mark. It is about the difficult relationships between a man, a woman and a boy.

I wanted to explore my belief that a good relationship can heal past hurts.

Tell us about your main character.

Liam is a man who has lost his way in life, estranged from his family and, literally, haunted by his past. He is prone to deep fits of self loathing and self destruction. He is devious and lives on his wits. Of course he can also be extremely charming.

Which actors would you cast for the movie?

Liam Neeson for the main character. I could play opposite him!

That would be an excellent fit. And they even have the same first name! What are you currently working on?

A novel about life in Senegal, both now and in colonial times.

Why are you a writer? Were you born to be one, did it just happen, was there some moment of epiphany…?

I made up stories for my younger sister when we were young. I’ve always had a head full of stories and poems. The Mark is my first full length novel.

Where do you get your ideas? What inspires you?

My characters are often based on people I’ve known over the years. I did once meet a man like Liam. I usually have no idea what is going to happen in the first draft. The characters drive it. Danny, the boy in the book, nearly took it over, because I liked his character so much. He is a composite of several young offenders I worked with.

For me the characters and how they interact, is the more important.

That absolutely shows in your writing, and is one of the reasons I enjoyed reading this book so much. Do parts of you shine through? Are some characters like you, or friends, or family?

I think that all the characters in The Mark reflect different aspects of me. I certainly recognise myself in them, sometimes.

How does a typical day for you look like? What do you do when you’re not writing?

I am fortunate to live in a country where the sun shines nearly every day, so I spend time in the pool and I walk on the beautiful beach near here. I also teach English twice a week. I get paid in mushrooms, which are hard to find in the local shops.

My daughters have always understood my need to write. My partner is also very supportive and not jealous of the time I spend writing. He can’t speak English so he has never read anything of mine, but I talk to him about my writing and we discuss it.

What are you addicted to or can’t live without?

Spending time ‘chatting’ to friends on the internet. Hardly anyone here speaks English and it is so nice to be able to communicate easily with someone. I do speak good French but it can be brain aching to do it all the time.

The Mark by J.L.Fontaine – Review

This book is written in different parts, each one from the perspective of one of the two male main characters. It opens from the POV of Liam O’Connell, a middle-aged man who instantly drew me in. He’s a rogue, one of society’s castaways, living on the road wherever his bike can get him. In the beginning, you’ll get the feeling he might not be entirely sane. He hears a voice, haunting, taunting, trying to drive him mad as much as trying to get him to do stupid things. You’ll quickly identify the voice as that of his dead brother. The title of the book gives it away – The Mark refers, of course, to the Mark of Cain. Liam killed his brother twelve years ago, and what haunts him more than the voice, is his own guilt.

Fever and the need for a little rest find Liam in the ruins of an abandoned cottage, where he spends the night, only to be discovered by Laura, the owner, who lives close by. Wary of the rugged stranger, she nevertheless allows him to stay for another night. He fixes her roof as payment. Fixing the guttering buys him another night, and soon she offers him to stay on if he keeps doing the odd jobs around the place. They begin talking. She tells him about her husband, who died four years ago, and how she can’t seem to pick up what’s left of her life. He tells her some of the truth about his past – his prison record, and how he accidentally killed his brother. Convinced she won’t let a murderer stay anywhere near her, he leaves, only to run his bike into a tree. She visits him in hospital and insists he live in her house during his recuperation. And so it begins. But as the two of them get closer, more shadows from Liam’s past appear, in the form of his wife and her son, Danny, who may be his, but more likely is his brother’s. Soon it all boils down to the question of whom to trust, whose version of the truth to believe, and just how much strain even a strong bond can take.

The Mark offers an intricate picture of the relationship between man and woman, man and boy, and woman and boy. It is a carefully penned tale of strength, of patience, of revenge, of endurance, and of the positive and negative impact we all have on each others’ lives. The characters are exquisitely detailed, with all the flaws and complexities of real human beings, and it is impossible not to relate to them.

Buy The Mark on Amazon

My name is Angelika Rust. I was born in Vienna in 1977. These days, I live in Germany, with my husband, two children, a despotic couple of cats and a hyperactive dog. After having tried almost every possible job from pizza delivery girl to HR consultant, I now make a living knowing English. No, I haven’t yet figured out what I want to be when I grow up, whenever that may be. In the meantime, I write the occasional book.
View all posts by angelikarust →
This entry was posted in Author Interviews, Book Reviews and tagged amreading, book, book release, book review, Indie, J.L.Fontaine, Mark of Cain, mustread, The Mark. Bookmark the permalink.