Posted on January 7, 2016 by angelikarust

One of the members of our Cake & Quill group, Chloe Hammond, recently published her debut novel. I had the honor to be one of the beta readers; it’s an amazing work. This one really took me by surprise. From the blurb (scroll down to read), I’d have placed it in the vampire chic lit corner, but this book is more, much more. Yes, it has vampires, and yes, it will probably appeal to a female audience more than to a male, but, to me, the main thing about the story is that there’s nothing shallow, nothing superficial. The characters get to thoroughly research their actions, emotions, past decisions, showing the author’s deep understanding of human nature. This makes it, especially in the first part of the book, an almost psychological read, to a point where you completely forget that you’re actually reading a vampire story. The characters are drawn so well, I don’t remember a single instant where I had to suspend disbelief regarding their choices.
I don’t really know how to classify it. It’s literary and intellectual, it’s thoughtful and funny. Go read it. You won’t regret it. You can get it here.

However, if you want to hear Chloe talk about it, now’s the perfect time. Click here to listen to an interview on The Authors Show – I’ve been told it’ll only be there for around 24 hours, so hurry up or you’ll miss it.

Oh, and Happy New Year! Guess I totally forgot that… 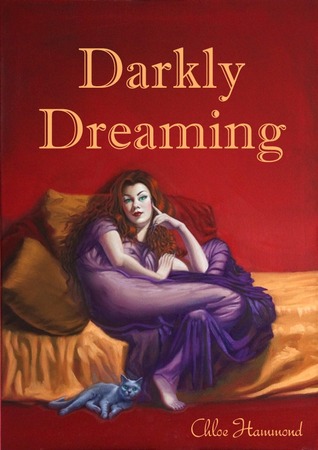 ‘Rae and best friend Layla are in France, to escape the wreckage Rae created when she chucked a hand-grenade into her miserable marriage. She’s escaping the misery she’s created for herself by dreaming her life away, but now she’s left her confused husband behind while she tries to summon the courage to leave him for once and for all. At a street festival they are infected with the Vampire virus by a rebellious vampire and Rae finds herself living a new and terrifying existence. She struggles to retain her essential self, which she has only just worked so hard to re-discover, but she is struggling against
new and powerful drives and desires. She and Layla are taken to join the vampire Pride by Guillaume, the Pride Leader. They discover that she and the other vampires have special gifts which are different for everyone, and not always immediately apparent. Rae and Layla are Pretty ones, which means they can beguile other vampires with their Glamour.
She falls head over heels in unrequited love with Guillaume, and goes into battle against the rebellious vampires. The consequences are immense, and mean the whole Pride faces the death penalty from the Vampire High Council.’

My name is Angelika Rust. I was born in Vienna in 1977. These days, I live in Germany, with my husband, two children, a despotic couple of cats and a hyperactive dog. After having tried almost every possible job from pizza delivery girl to HR consultant, I now make a living knowing English. No, I haven’t yet figured out what I want to be when I grow up, whenever that may be. In the meantime, I write the occasional book.
View all posts by angelikarust →
This entry was posted in Author Interviews, Book Reviews and tagged Chloe Hammond, debut, fantasy, fiction, literary, novel, vampires, women. Bookmark the permalink.